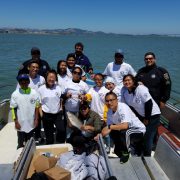 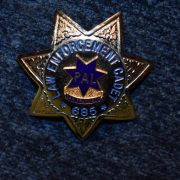 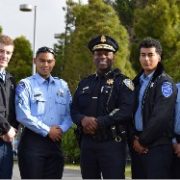 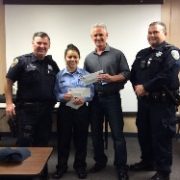 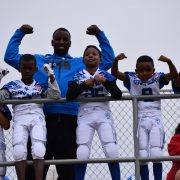 Seahawks Coaches: Thomas Bell, Marcel Banks, and Robert Huntley. Thank you for all of your hard work with the football program. It was a Great Season!

SF PAL trip to Levi Stadium: 49ers vs. Rams – Final Score: 28-0. GO 9ers! A special thank you goes out to Hannah Gordon of the 49ers for hosting SF PAL at the game and also to Bauer’s for providing transportation to and from the event in luxury and style. Click on the photo to see highlights from the game.

The Cadets were out in force at Walter Haas Playground helping with some much needed landscaping!

A special Thank You to Boston Properties and the San Francisco Police Department for hosting the inaugural Winter Wonderland Ice Skating event at Justin Herman Plaza. Nearly 200 kids from every district in SF enjoyed the festivities; arts & crafts, photo booth, jumpy house, and ice skating at this event. Everyone had a wonderful time. Thank you again & Happy Holidays!

On Saturday, September 10, 2016 SF PAL Seahawks Tiny Mites faced off against their rivals from Monterey, California (Marina). The Marina team brought heavy hitters which were matched by the Seahawks; who had their game faces on even prior to the weigh-ins. Coaches from both teams did a great job putting the young players in a position to make great plays. The crowd; led by the Seahawks Cheer Squad, exploded when the Seahawks scored a 40 yard touchdown early on in the game. All in all, it was a great team effort on both sides and a fun day for team SF PAL. Click on the above photo to view photos from the game.