For more than sixty years, the SFPAL 49ers Football program has played at Kimbell Field in the Western Addition. On August 24, 2017, the known SFPAL Seahawks team merged with the San Francisco 49ers, re-branding the team to the SFPAL 49ers. We were extremely excited about this merger as it allows PAL to positively impact more youth in the community.

With the help of volunteers (many of whom were former SFPAL 49ers themselves in their youth) SFPAL 49ers football is serving more than 50 young boys and girls every fall. SFPAL 49ers is associated with the Bay Area Pop Warner Youth Football and Cheer.

Football is available for boys and girls ages 7-12. While registration begins in April, the season does not officially start until August 1st, in the Western Addition.

If you have any questions about the SFPAL 49ers Program, please feel free to contact our office.

Want to fundraise for your favorite SFPAL 49ers football team? In order to lessen the financial burden on our participating families, SFPAL set up special fundraising pages to help support the teams fundraising efforts. Ready to make a contribution? Please click on your team’s name 8U,  10U, and the 12U.

You can register online or in-person at the SFPAL Office:

Space is limited and spots will be filled on a first-come, first-served basis. All required forms must be submitted to be considered fully registered.

Want to Connect With Staff, Volunteers, and Families? 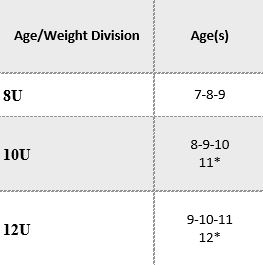 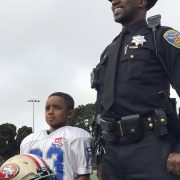 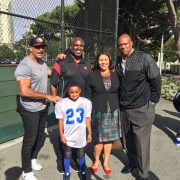 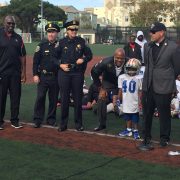 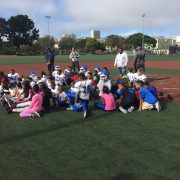 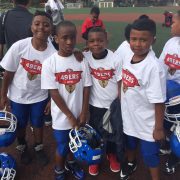 SFPAL remains committed to serving San Francisco youth and plans to host a virtual football conditioning program. Please take a moment and let us know if your child would be interested in participating.